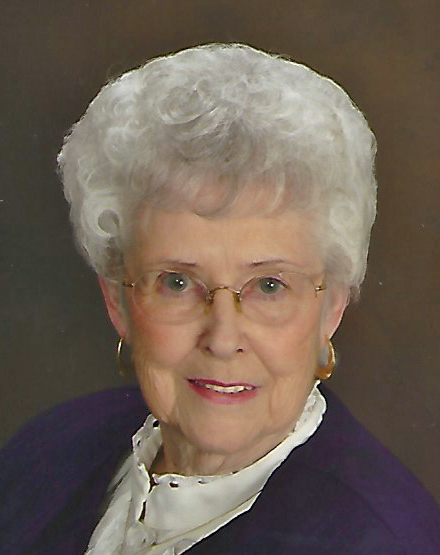 Margaret M. Graham, 88 years, passed away Wednesday, July 12, 2017 in Flower Hospital, Sylvania, OH. Margaret was the daughter of the late Cloyd E. and Marie M. (Reed) Houke.  She was born on November 8, 1928 in Toledo, OH. Margaret “”Peg”” was a graduate of Bedford High School.

May 1, 1948 Margaret “”Peg”” married Robert “”Bob”” Graham in Toledo, OH.  From roller skating together to their great swing dancing, they were a unique couple.

Peg was employed at Sears, Roger’s Nuts and the Photo Shop where she met her friend of 70 years, Margaret H. A homemaker, Peg enjoyed working in her flower gardens. She also liked putting puzzles together, reading, playing Yahtzee, board games, embroidering, and most of all, spending time with her grandchildren.  You could always depend on grandma!

Peg was a member of Trilby United Methodist Church.

Peg and Bob were also the foster parents of twin boys, Greg and Joey, for several years.  Peg was a very dependable person whom you could always count on with helping someone in need.  She helped and guided these two boys from the age of 3 until they were well into their early school years.

Peg will be greatly missed by all.

Visitation will be Sunday, July 16, 2017 from 2:00 p.m. until 8:00 p.m. in the Urbanski’s Bedford Funeral Chapel 8300 Lewis Ave Temperance, MI. where the funeral service will be held on Monday, July 17, 2017 at 11:00 a.m. Burial will follow in Ottawa Hills Memorial Park Cemetery. Online Condolences may be shared at www.bedfordfuneralchapel.com.