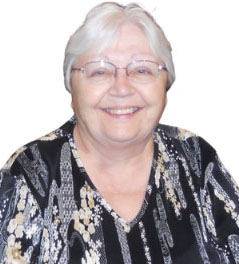 In loving memory of Margarete Fiesel (née Margaretha Staufenberger) 81 years of Temperance, MI, who lost her battle with cancer on October 31st. Margarete was born on November 22nd, 1938 in a small German town in Yugoslavia to Ludwig and Johanna Staufenberger.

As a young child, she and her family were forced from their home and flee due to the impending battle between the Soviet and Nazi forces during WWII. Once she and her family made it safely to Austria, they lived and worked on a farm for the duration of the war. After the war, her family then emigrated to Germany.

As a young adult she made the journey to Canada and then to the USA where she married and raised her family. It was during this time that she became known for her superb cooking and baking skills which she loved to share with family and friends.

Margarete is preceded in death by her parents, Ludwig and Johanna; brothers, Mathias and Jakob; sisters, Maria and Katharina. The family wishes to extend its most sincere thanks to Marianne and the staff of Promedica Hospice.