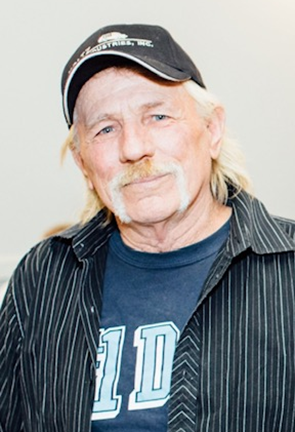 Michael “Mike” aka “Stroke” David Kortas Sr., 69 years old, formerly of Petersburg, MI, passed away peacefully at his daughter’s home in Adrian, MI, on Sunday, February 6th, 2022. Born in Toledo, OH, on October 18th, 1952, to Melvin and Rita (Henry) Kortas; he was the eldest of 8 children.

Growing up in Monroe County, MI., Mike started work at a young age. While he loved driving truck the most, he was truly a mastermind at figuring out how to fix just about any mechanical problem on a vehicle.

As hard as Mike worked, he also loved to play. He took his young family camping, had horses, enjoyed snowmobiling, had family cookouts, and so much more. He loved square dancing with his favorite cousin, Patty (Kortas) Paczkowski. The faster he could spin her, the more fun he had! He was horribly, laughably inappropriate with his jokes, but he meant no harm. He could take a joke just as well as give it back. He always had a smile on his face and was ready to have some fun. Many may remember Mike’s love for CB radio. He loved to brag about how far away he could reach someone on his doctored radios! He made lifelong friends with his CB buddies and really enjoyed keying up that mic!

Mike treasured his family, especially missing his father when he passed, and then his mother. He truly loved being a part of a large family, the big dinners, the holidays, and even the squabbles. In his later phase of life, he enjoyed helping to care for his youngest grandchildren and spending time with them.

Mike was preceded in death by his parents Melvin and Rita (Henry) Kortas and his first wife, Patricia (Kelly) Kortas.

Visitation to remember and honor Mike will be Saturday, February 12, 2022 at 12 Noon in the Urbanski’s Bedford Funeral Chapel 8300 Lewis Ave. Temperance, MI. where the funeral service will be held at 2:00 p.m. Per his wishes, casual wear is encouraged. Burial will follow in St. Anthony’s Cemetery, Temperance.

A special thank you to Hospice of Lenawee, especially Nurse Aumend, Minister Gail, and Father Mike, for your support during his last three months of life.