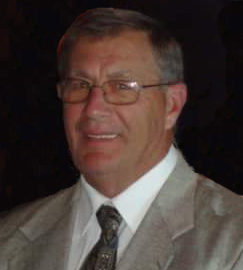 Norman Dennis Snyder, 73, of Largo Florida, passed away on Friday, April 24, 2015 surrounded by his loving family. Norm was born in Toledo on July 2, 1941 to Avery and Pernell (Floyd) Snyder. Norm married the love of his life, Virginia Lee (Swisher) on February 6, 1960.

Norm worked as an insulator for L.U. 45 for 30 years, retiring in 1996. Norm was an exceptional athlete from his high school years at Bedford High School followed by many years playing softball. His happiest times were playing ball, weekends at the lake with family and winters in Florida.

Norm is survived by his wife Ginger; sons, Mark (Tracy), Todd (Sue) and Scott (Amy); daughters, Wendy (John) Nowotka, Shelly (Brian) Betz, eleven grandchildren and six great-grandchildren; sister, Joyce Markos of Florida; many Swisher in-laws and many nieces and nephews. He will be fondly remembered by all.

Visitation will be Tuesday, April 28, 2015 from 2 PM until 8 PM in Urbanski’s Bedford Funeral Chapel 8300 Lewis Avenue Temperance, MI. Additional visitation will be Wednesday, April 29, 2015 in Bedford Chapel at 9 AM, followed by the funeral mass at 11 AM in Our Lady Of Mount Carmel Catholic Church, Temperance MI. Cremation will follow. In lieu of flowers, the family suggests donations to Hospice of NW Ohio or Our Lady of Mount Carmel Church.