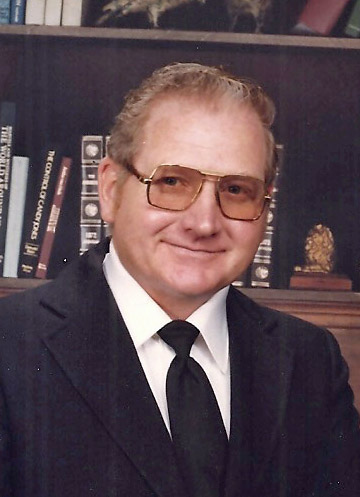 Orville E. Hendershott, 77 years, of Toledo passed away Sunday, November 16, 2014 in his home.  A hard working auto worker most of his life, he worked at Industrial Heat Treating 28 years, drove a bus for Lakefront Lines, AP Muffler and retired from Faurecia Exhaust System.  The son of John and Edith (Schrock) Hendershott, he was born December 16, 1936 in Lenawee County, MI.

He married Velma Green Feb. 13, 1960.  She preceded him in death July 20, 1998.  They were avid horsemen and loved their horses.  He and his wife square danced with the Traveling Promenaders and the Watts and Dots. They also enjoyed dancing at Adams Conservation Club. Together they enjoyed camping and traveling and going to Oak Shade Car Races and were Pittsburgh Steelers fans.  A loving husband, father, grandfather and great-grandfather his family was most important to him.   He is survived by his daughter, Deanna Hendershott, step-sons, Richard (Denise) Russell, James McCrory, daughter-in-law, Patricia Evers, brother, Henry Hendershott, sister, Rose Lawson, 6 grandchildren, Tricia (Mike) Box, Stephanie Malan, Stephen (Andrea) Evers, Richard Russell, Christopher Russell, Patrick Hendershott, 11 great-grandchildren, Miami Box, Jessica Box, Mikki Box, Bobbi Box, Annabelle Malan, Scott Malan, Cody Malan, Taylor Malan, Alycia Hendershott, Angelica Hendershott,  and Autumn Hendershott.  He was also preceded  in death by a son, Stephen Evers April 25, 2014, 2 brothers, Ross and John and a sister, Arlene.  Visitation will be held Wednesday, November 19, 2014 from 6 PM until 8PM and Thursday, November 20, 2014 from 2 PM until 8PM in Urbanski’s Bedford Funeral Chapel 8300 Lewis Avenue Temperance, MI where the Funeral Service will be held Friday, November 21, 2014 at Noon with interment following in Toledo Memorial Park.  Online condolences may be shared at www.bedfordfuneralchapel.com .