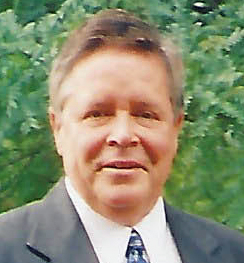 Raymond served in the U.S. Navy and was stationed in Rota, Spain. During his time in the Navy,  Ray was part of the Naval Drill Team. Raymond received the National Defense Medal.  He served as Commander of Jude Thaddeus Post #1675 CWV and was a member of the American Legion Post #553.  He enjoyed fishing, referring to himself as Mr. Lake Erie, playing horseshoes, gardening and bowling. He was a diehard Michigan State Spartans fan and also loved the Browns and Indians. Ray was the first one there for any family projects. He was a huge family man and has an entire room in the basement dedicated to the Zuchowski’s that he called “”The Zuchowski Room.”” He would never miss a family reunion, holiday party, wedding, or  a birthday. The loss of his amazing life is devastating and he will be sadly missed.

Visitation will be Tuesday, April 5, 2016 from 2:00 p.m. until 8:00 p.m. in Urbanski’s Bedford Funeral Chapel 8300 Lewis Avenue Temperance, MI. where the funeral service will be held Wednesday, April 6, 2016 at 11:00 a.m. Burial will follow in Our Lady of Mt. Carmel Resurrection Cemetery with Military Honors conducted by the Lambertville VFW Post 9656.