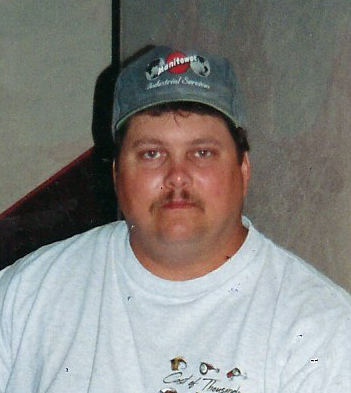 Graduate of  Bedford High School Class of 1983 where he was a three sport lettermen, he later became a State certified stationary engineer.  He worked as a maintenance engineer for Jones-Hamilton Company for 20 years.  He was an avid deer hunter and outdoorsman. RP also enjoyed traveling with his family to Alaska.

RP is survived by his parents, Roger  (Gloria) Witaszek; brother, Stephen Witaszek; sister,  Heather Kelley; Buddy and Nugget his labs who where his faithful companions. RP is preceded in death by his grandparents,  Julian (Myrtine) Witaszek and Floyd (Juanita) Fogle.

There will be no funeral services held per RP’s request.  RP will be cremated and his ashes will be spread at his hunting blind at the family cabin.

In lieu of flowers, the family would like all donations be given to the Lenawee Humane Society 705 W Beecher St, Adrian, MI 49221  in Roger Patrick Witaszek’s name. Funeral arrangements were entrusted to the Urbanski’s Bedford Funeral Chapel 8300 Lewis Ave. Temperance, MI 48182.