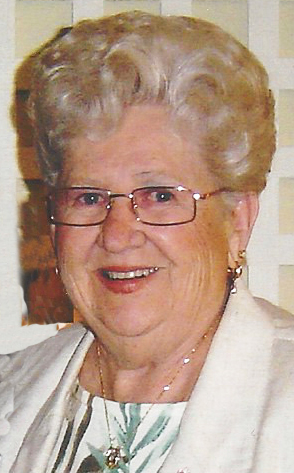 Rose Skitowski-Kubicz, 89 years, of Ottawa Lake, MI passed away Saturday, July 4, 2015 in The Toledo Hospital. The daughter of Cazmir and Wanda (Zakrzewski) Siedlecki she was born May 3, 1926 in Toledo.

Rose had worked for 22 years in the meat department at the former Joseph’s Supermarket. She previously worked at Jeep Corporation, Champion Spark Plug, and Lakeside Biscuit Company. September 12, 1974 she married Theodore “Ted” Kubicz in Las Vegas, NV, he preceded her in death in 2005.

Visitation will be Friday, July 10, 2015 from 2:00 p.m. until 8:00 p.m. in Urbanski’s Bedford Funeral Chapel 8300 Lewis Avenue Temperance, MI where a Scripture Service will be held Friday at 7:00 p.m. The Funeral Mass will be celebrated Saturday, July 11 at 11:00 a.m. in St. Anthony’s Church, Temperance where there will be visiting after 10:00 a.m. Burial will follow in the church cemetery. Memorial donations may be made to Hospice of Northwest Ohio.