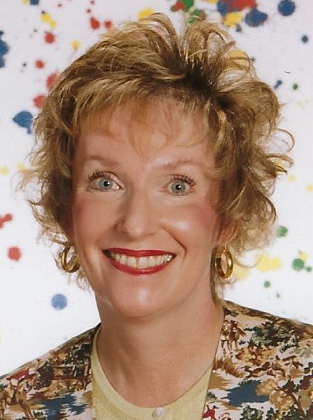 Susan Fredica Cameron, 73 years, of Lambertville, MI passed away on Sunday, September 15, 2019 in her home. The daughter of Russell and Eva (Baumgarten) Moreland she was born on February 8, 1946 in Pittsburg, PA.

Susan attended Mt. Lebanon High School graduating the Class of 1964.  After graduation, she went onto the College of Wooster majoring in speech. While at Wooster, she was a member of Pi Kappa Sorority. Susan received her Master’s degree in Education with an emphasis in Audiology and Speech Pathology from the University of Louisville in 1972.

Susan married the love of her life, Brian Cameron on January 10, 1970 at Heinz Chapel in Pittsburg, PA. She and Brian lived in California for a short time, while living there they had their only child a son, Patrick. Upon returning to Michigan, they settled in Lambertville where they have lived for over 40 years.

Susan was hired by the Monroe County Intermediate School District (ISD) as a Speech and Language Pathologist in 1986. In 2000, she became a Curriculum Research Consultant for the ISD,  and in 2003, she returned to Speech Pathology and retiring in 2008. While at the ISD, Susan was awarded the Whole Apple Award, something of which she was most proud.

Had there been an award given for the BEST DRESSED Speech Pathologist, surely Susan would have won it. Fashion and jewelry were two of her passions. Her greatest accomplishment was establishing the first ever private residence in Monroe County where the parents of an Intellectual Disabled Adult were able to provide a permanent home with around the clock care. Brian and Susan ensured that Cameron Place which opened on January 10, 1998 would ALWAYS be a home for Disabled Individuals. Cameron Place has been providing care to Patrick for over 21 years and still going strong.

Susan was a caring, vibrant, intelligent, dedicated and determined person. The world is a far less interesting place without her in it.

Susan is survived by her husband, Brian; son, Patrick; siblings, Philip C. (Elaine) Moreland, Amy (Duane) Padgett and Maribeth (Tom) Reeder; along with a host of life-long friends. She was preceded in death by her parents.

A memorial gathering will be held on Sunday, September 22, 2019 from 3:00 p.m. until 7:00 p.m. in the Urbanski’s Bedford Funeral Chapel 8300 Lewis Ave Temperance, MI. A memorial mass will be celebrated on Monday, September 23, 2019 in Our Lady of Mt. Carmel Catholic Church 8330 Lewis Ave Temperance, MI at 11:00 a.m. where a gathering will begin after 10:00 a.m. in the narthex. Memorial donations may be made to Cameron Place, Monroe County ISD  or a charity of choice.