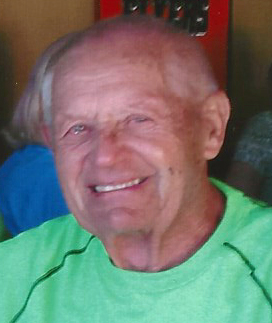 Thomas E. Haupricht, 86 years, of Petersburg, MI passed away Wednesday, November 11, 2015, in the comfort of his home. Tom was an active member of the Heat and Frost Insulators and Asbestos Workers, Local #45, from 1953 until his retirement in 1991. During his 38 year career he served as President of the Local for many years, as well as, a general foreman for his trade at the Standard Oil Refinery in Oregon, OH.

One of seven children, he was born April 16, 1929 to Theodore and Jessie Gingery (Straub) in Swanton, OH.  An U.S. Army veteran, he served during the Korean War. Tom strongly believed in family, country, and hard work.  He instilled and expressed his beliefs to everyone who knew him.  His greatest loves were his family, Posey Lake and Anna Maria Island.  He truly was the greatest man we’ve ever known!

A private service and military honors will be held on Saturday, November 14, 2015 at the Urbanski’s Bedford Funeral Chapel in Temperance, MI.  In lieu of flowers, donations may be made to the Alzheimer’s Association or St. Luke’s Lutheran Church of Temperance, MI.