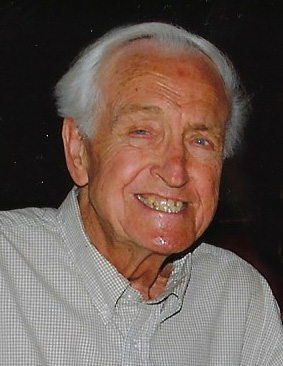 Thomas “Tom” Karczewski, beloved husband, father, grandfather, brother, uncle and friend, passed away peacefully on May 7, 2020 in his home in Temperance, Michigan.

Tom was born on December 9, 1928 in Toledo, Ohio to Stanley and Sophia Karczewski. The youngest of five children, he graduated from DeVilbis High School in Toledo where he played Varsity Basketball. In 1950, Tom enlisted in the U.S. Army where he served in the Korean War as a Corporal and a Squad Leader in the Armed Infantry Battalion, and subsequently earned a Korean Service Medal with four Bronze Service Stars and a Combat Infantry Badge.

On January 8, 1966, Tom married the love of his life, Gloria, from Detroit, Michigan. They settled in Temperance, Michigan where they raised their three children. Throughout his accounting career, Tom worked for several Toledo-area companies, including McKinnon Parker, Oatis Machinery Company, and Weldon F. Stump & Co. He was a devout Catholic and parishioner at Our Lady of Mt. Carmel in Temperance. Tom was regarded by all who knew him as a dedicated, humble, hands-on, disciplined, strong, and caring man. He was a lifelong sports fan of Notre Dame football, University of Toledo Rockets, and the Detroit Lions, Tigers, and Pistons. Tom was also a voracious reader whose wide-ranging curiosity about a plethora of topics, from health and finance to politics and sports, kept him sharp and informed well into his later years.

Left to cherish his memory are his loving wife Gloria (née Forczak) Karczewski, to whom he remained married for fifty-four years until his death; daughters, Linda (Mark) Robinson, Lisa A. Karczewski; son, Jeff (Caitlin) Karczewski; grandchildren, Erin and Matthew Robinson, Victor Karczewski and many nieces and nephews.

Due to the current pandemic, services will be private and a Celebration of Life will be held at a later date. In lieu of flowers, donations may be made to the American Cancer Society. Arrangements entrusted to Urbanski’s Bedford Funeral Chapel 8300 Lewis Ave. Temperance, MI.