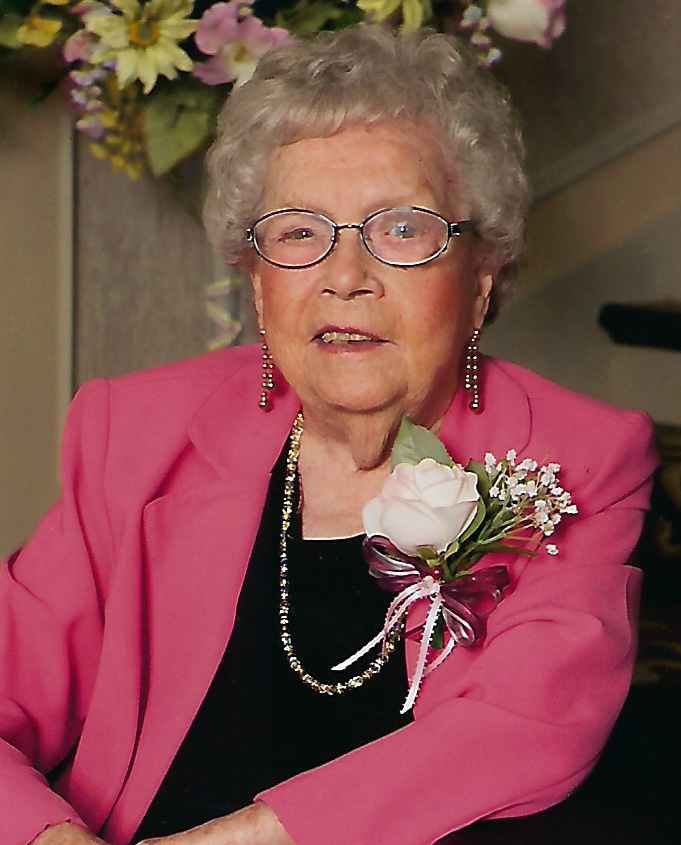 On April 22, 2020 heaven got a new angel. Our feisty but loveable mother, grandmother and great-grandmother. She passed away at Hickory Ridge Care Center in Temperance, MI.

She was known to all as a fantastic homemaker who canned and froze the bounty from their vast vegetable garden. Whenever you visited you didn’t go away hungry. She loved her grandchildren, great-grandchildren and always asked how they were.

Treva was born on June 3, 1921 to Ludwig and Anna belle (Heser) Nye on a farm in Liberty Center, OH. She is the last survivor of 11 siblings.

She married Worden Kahle on June 1, 1942 just days before he shipped out overseas to Africa during World War II. She was a strong and brave wife as he was captured as a prisoner of war for 2 1/2 years. Treva worked hard during those years and never gave up hope that he would return home.

In 1954 they moved to Temperance, MI and she partnered with him to start the successful Kahle Bldrs Inc. He preceded her in death on January 6, 2012.

She is survived by her devoted daughter, Sandra Rooyakkers (Jeff Benner); Loving grandchildren, Tracy (Rich) Benner, Bob (Debbie) Rooyakkers; Great-Grandchildren, Demi and Mia Rooyakkers, Kyle (Hannah) Benner, Kane Benner (Bailey), Megan and Andrea Senecal and Seirra Benner. A special thank you to the staff at Hickory Ridge for their wonderful care. In lieu of flowers donations may be made to Promedica Hospice. A private Funeral service will be held at Urbanski’s Bedford Funeral Chapel 8300 Lewis Ave. Temperance, MI.