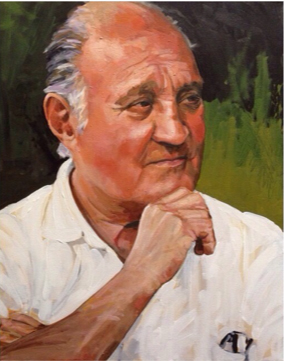 Vincent J. Ceravolo Sr., 94 years, of Temperance, MI was taken by the angels to be with the Lord March 3, 2018.  The son of Paul and Angeline (Ceola) Ceravolo, he was born September 5, 1923 in Toledo.  He retired from the Chrysler Jeep Corp. after 45 years where among his many jobs he was a crank shaft operator, truck driver and a guard.

He was a proud member of UAW Local #12. A graduate of Central Catholic High School, he was a U.S. Navy veteran of WWII where he served as a gunners mate 3c on the USS NOA (APD-24) in the Pacific Theatre.  May 25, 1946 he married Ruth Groves, who preceded him in death in 2011.  A most loving kind and generous father, he will be sadly missed by his loving children,  family and all who knew him.  He is survived by 7 loving children, Angie (Robert) Fisher, Julia (Edward) Richards, Paul (Karen) Ceravolo, Vincent (Debra) Ceravolo, John (Cindy) Ceravolo, Margaret (Gary) Majeski, Theresa (Pete Bailey) Ceravolo, 12 grandchildren, 19 great-grandchildren and 4 great-great grandchildren.  He was also preceded in death by his sister, Rose and brothers, Primo and John.

Visitation will be held Monday March 5, 2018 from 2 till 8PM in Urbanski’s Bedford Funeral Chapel 8300 Lewis Ave. Temperance, MI.  The Funeral Mass will be celebrated Tuesday March 6, 2018 at 11:00AM in Our Lady of Mt. Carmel Catholic Church in Temperance, where he will lie in state from 10:00AM.  Interment will follow in the Church Cemetery where Military Honors will be conducted by the Lambertville VFW Post 9656.  Memorials may be made to Great Lakes Hospice.