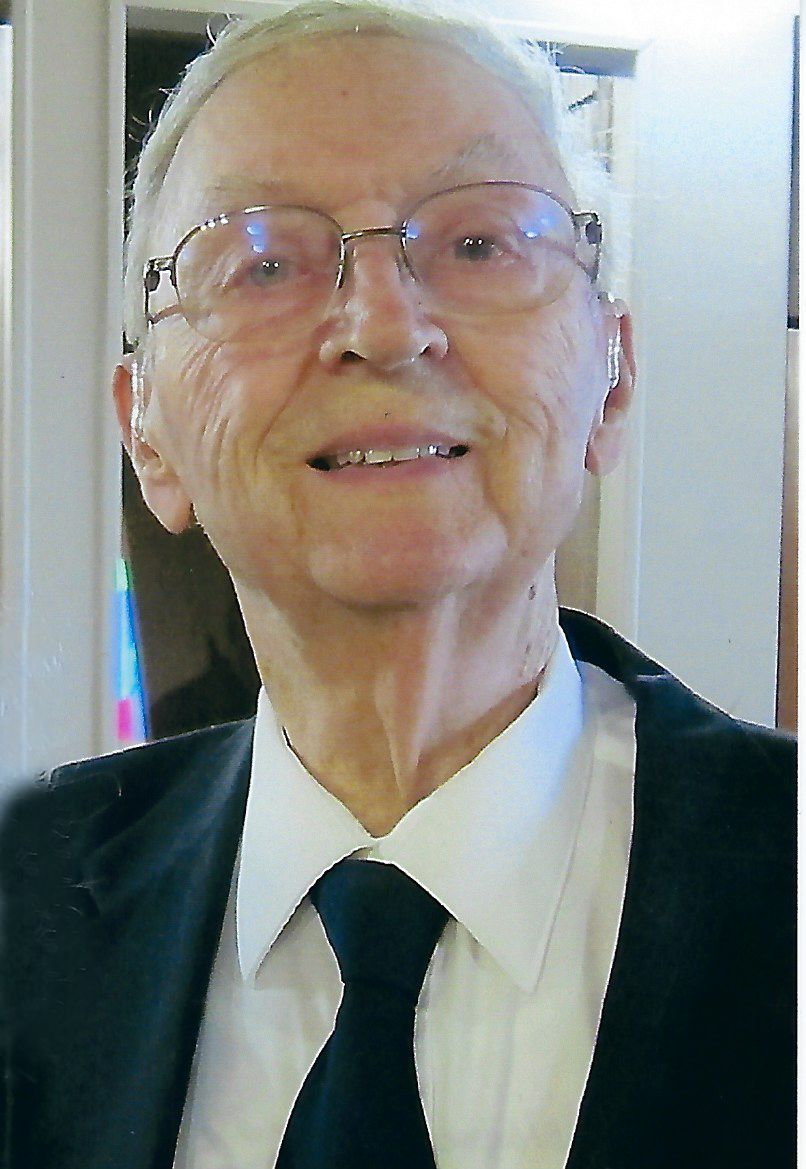 Wayne H. Thompson, 96 years, of Temperance, MI went to be with the Lord in his home with his family by his side on Tuesday, December 8, 2020. The son of Fletcher and Lena (Muntz) Thompson he was born on September 22, 1924 in Petersburg, MI.

Wayne joined the Navy right after High School graduation in 1943 and served through 1946. He was stationed during WWII in Pearl Harbor, Hawaii at the U.S Naval Medical Supply Depot. At the time of discharge in 1946 he had earned the rank of Pharmacist Mate 1st Class.

Upon returning from the Navy, he attended and graduated from Greenville College in Greenville, IL. This is where he met Rosemary and they married on August 6, 1948 in Lawrenceville, IL. They were married for 61 years before her passing in 2009.  He graduated college in 1949. After graduation, they moved to Wilmore, KY where Wayne earned a Master of Divinity from Asbury Theological  Seminary. Wayne became an ordained minister of the Free Methodist Church of North America. The Southern Michigan Conference of the Free Methodist Church assigned him to three churches in Southern Michigan during the next ten years.

In 1962, Wayne earned a Master’s Degree in Education and Guidance Counseling from Eastern Michigan University in Ypsilanti. He then taught sixth grade at Whiteford School in Ottawa Lake, MI. In 1965, Wayne began working at Bedford Junior High School as a teacher and guidance counselor. He retired in June 1988 after 22 years employment in the Bedford School System.

From 1962- 1987, Wayne also volunteered in various positions of ministry at the Temperance Free Methodist Church where the family attended.

After retiring from Bedford Schools, Wayne was officially appointed by his church conference to the Temperance Free Methodist Church as part of the church staff focusing on Pastoral care and counseling. This Pastoral care included visitations to home, hospitals, administering communion to the homebound and nursing homes. He continued this officially until 1996. He was honored in 1996 by Crossroads Community Church (formerly named Temperance Free Methodist) for 34 years of faithful service to the church. He was a Board Member of Woodstock Christian Life Services in Woodstock, IL. Wayne dedicated his life to what he felt was his calling to further the cause of Christ. He actively sought to fulfill his part of the Great Commission.

On June 26, 2013, Wayne was fortunate to be able to go to Washington, DC as part of the Honor Flight of NW Ohio, giving veterans a chance to see the war memorials and other various highlights in Washington.

Due to pandemic safety concerns a memorial service will be held later at a safer time.

The Family expresses gratitude to Sincera Palliative Care and Hospice of Northwest Ohio for their compassionate and wonderful care during his final weeks.